Shine a spotlight on the abusers

We need to create a Megan's Law database for all abusers of power - politicians, corporate and entertainment - and hold them fully accountable.

A database, easily accessible by employers, employees and the general public, listing abusers' positions, punishment and payouts should be established and maintained at the national level.  Every proven abuse MUST be on record.

Historically, victims of verbal, emotional and sexual abuse end up suffering again when they try to prosecute their abuser because the abuser has both money and power on his (or, occasionally, her) side.  Many abusers make deals that include non-disclosure clauses so they can abuse again with impunity.  Hiding misdeeds to 'protect' the abusers' families and friends all too often backfires as they are often victims as well.  Knowing they are not alone and resources exist to counterbalance the power and money of their abusers will help victims speak up and regain their self-respect.

We need to end forever the practice of companies and governments paying out stockholder and taxpayer monies to cover up their employees' transgressions.  The abuser must serve time as a felon so they can be forever tarred with their crime and THEY, not taxpayers and stockholders, MUST pay restitution.

Given many abusers hold well-paying jobs and/or are from wealthy families, 10% of personal wealth including real estate, trusts and bequests, or 10% of their previous two years’ gross income (disallowing transfers to companies or family members to avoid payment or voiding by bankruptcy), whichever is greater, should be the base fine to be split appropriately between the victim and a fund to build and maintain the database.

If the abuse is not fully public, abusers and those who would emulate them will continue to abuse, knowing that chances are they will be able to perpetrate their crimes without penalty indefinitely.  Unless they are held accountable in a permanent public database.

SHINE THE SPOTLIGHT ON THE ABUSERS!

There are no amendments yet.

Supporters in Jurisdiction is 1

Policies need at least 100 supporters in the location to unlock the dashboard. 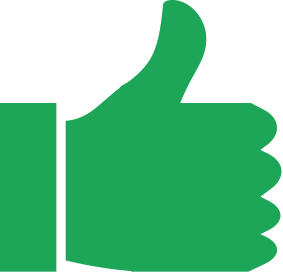 I OPPOSE 0 Nationally
Propose a New Policy
Propose An Amendment

To propose an amendment, enter your idea under "Amend and Discuss" & make sure to check the box that says "Check if this is a proposed amendment"!

The author will be notified and will decide whether to add your amendment to the their policy.

Advocate for change. For maximum impact, tweet this policy to the elected officials below once it’s achieved 100+ supporters.

Please provide your email address and we will send you an email with instructions to reset your password.